No boss, no co-workers, just an algorithm continually telling you what to do. This is life in the ride-hailing industry, and increasingly in other businesses as well, says Wharton researcher Lindsey Cameron. But according to Cameron, employees have found ways to turn it to their advantage. 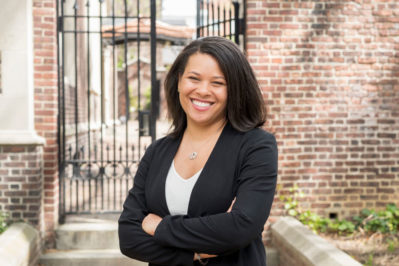 What would it be like to report to an algorithm instead of a human supervisor? Many workers in our economy already have an inkling of that. From subway engineers to warehouse packers to Starbucks baristas, employees are increasingly managed by computer programs that allocate their tasks and judge their performance.

But surprisingly, there hasn’t been much research into the effects of algorithms on people’s experience of work. What does work look like without this pivotal human-to-human interaction?

For my study “Making Out While Driving: Control Coordination and its Consequences in the Gig Economy,” I looked at the ride-hailing industry: services such as Uber and Lyft. (My title contains a pun: in sociology, “making out” refers not to necking but maximizing a job to your benefit, and even putting one over on your employer.)

In ride-hailing, employees are managed almost entirely via algorithm, with little direct contact with company representatives. They’re automatically matched with potential customers within seconds. The fare dynamically adjusts based on demand. Drivers’ performance is evaluated algorithmically based on customer ratings.

I interviewed 100 drivers and followed them over three years. I also studied the industry from the inside, personally driving for ride-hailing companies for two years.

Drivers respond with their own strategies, either complying with or refusing the requested behavior based on their best interest.

My paper explores drivers’ strategies for navigating and succeeding in algorithmic work. The algorithms “nudge” drivers’ behavior. The nudges can be direct; for example, “you need to accept or decline this ride in the next 30 seconds,” or go to an area of high demand. They can also be indirect, such as drivers’ awareness that there’s a ratings algorithm, which influences how they treat passengers.

I found that drivers respond with their own strategies, either complying with or refusing the requested behavior based on their best interest. By doing so they actively eliminate outliers, or trip opportunities not worth their while. Ultimately they ensure themselves a steady stream of business despite a gig economy arrangement in which they’re paid on a piecework basis. It’s basically how they set up their workflow to be reliable and predictable.

The intersection of workers, algorithms, and organizations is a big strategic concern for today’s companies, especially given that gig economy jobs are growing much faster than traditional payroll ones. In future research, I plan to investigate why some people feel empowered and others exploited by this type of work, and how their racial and career backgrounds might shape those beliefs.