If you’re a minority struggling to be treated fairly at work, having support from someone in the dominant racial or gender group can really help. So says the accepted wisdom. But Wharton researcher Karren Knowlton is investigating how these alliances may not always have the intended outcome. 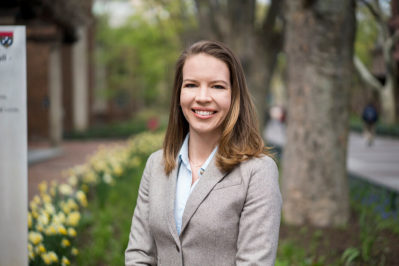 Workplace discrimination remains a toxic force for historically disadvantaged groups such as women, blacks, and Native Americans. Conventional wisdom tells us minorities will have an easier time if they have allies in a dominant group; for example, heterosexual white men, who wield much of the power and influence in large U.S. companies. But how does this play out in real life?

In my working paper with Wharton professor Drew Carton, “When and Why Allies Hinder Minorities in the Pursuit of Workplace Equality,” we draw on findings in social perception and behavioral decision theory to challenge what’s been assumed about workplace allies.

We assert that minorities often have legitimate reasons to suspect that dominant group members have ulterior motives. For instance, a manager feeling pressured to support diversity might promote a minority into an ill-fated position. He thinks, “I can place this young black man in this situation where he probably won’t do well, and I still look good for promoting him.”

Other majority group members may mean well but not sufficiently understand discrimination. A white CEO might put forth public statements that showcase himself rather than minorities’ problems. Or a male employee could engage in “benevolent sexism,” constantly lecturing a female colleague about how to run meetings or give presentations. To make matters worse, minorities feel pressured to accept allies even when they have doubts about them, because the workplace’s behavioral norms involve reducing conflict and saving face.

Existing research has taken for granted that outsiders who want to help minorities will do so effectively.

Some people have the potential to be effective allies but may send the wrong signals. We outline two ways that allies can reduce minorities’ concerns about their motives and competence. One method is deference. Allies can ask, “How can I be most helpful?” instead of assuming they know best. This transfers power to the minority individual. For example, one company wanting to create inclusiveness for transgender people brought in a transgender outside consultant rather than trying to shape that environment themselves.

Another method is called deprecation. Dominant groups can acknowledge their past role in reinforcing existing power hierarchies. We saw this occur with Microsoft’s Satya Nadella a few years ago when he publicly apologized for a statement that women shouldn’t ask for raises. He called his own words “completely nonsensical” and said, “I had not internalized how the system was not working.”

Existing research has taken for granted that outsiders who want to help minorities will do so effectively. We highlight how that’s not necessarily the case, and demonstrate how allies can more productively contribute to workplace equality.