Achieving real workplace diversity and inclusion is challenging. But Wharton management professor Rachel Arnett may have found a key: Have employees meaningfully share their cultural backgrounds, not try to fit in. 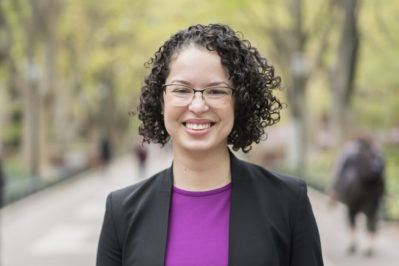 Most companies these days seek diversity and inclusion in their ranks. There’s ample evidence that it makes for more effective teams and overall business success. Yet the nuts and bolts of how to accomplish it seems to elude many firms. While diversity training programs, inclusive hiring practices, and related organizational policies abound, none have illuminated a clear path toward a work environment in which everyone—regardless of race, religion, gender, or sexual orientation—feels like they belong.

Most corporate diversity efforts come top-down from management. I wondered if instead, employees could nurture an atmosphere of inclusion from the bottom up.

In my study “Making Diversity Win: Cultivating Inclusion Through Expressing Cultural Identity Differences at Work,” I tested what happened when minority-group employees such as blacks, Hispanics, or Asians chose to express their cultural identity to majority group members such as whites. For example, an African-American co-worker might share that he sings in a gospel choir. Another employee might mention her preparations to celebrate Diwali or Ramadan.

The results were positive. The majority group behaved more inclusively toward their minority group co-workers, both professionally and socially. They thought more highly of them, felt closer to them, and had less anxiety in their interactions. The minority employees also benefitted because they felt empowered to express their true selves at work, and were helping to stimulate an appreciation of multiculturalism within the firm. It’s a win-win, I would say.

We feel close to a person if they open up in a meaningful way, and that makes us want to include that person more.

Moreover, I found that when the cultural information was shared in a “rich” fashion—meaning not just facts but feelings connected with them—the majority’s inclusive response was even stronger. The rich description might include the personal significance of certain foods, or one’s thoughts about wearing certain clothing or hairstyles. People might also express the happiness, nostalgia, or pride associated with cultural events.

Minority group members, especially underrepresented minorities, often avoid calling attention to differences for fear they’ll be marginalized professionally and socially. My research suggests that the opposite may be true. As I noted in a recent interview with Knowledge@Wharton, we feel close to a person if they open up in a meaningful way, and that makes us want to include that person more.

I believe that my research is promising evidence that when employees are encouraged to express their cultural roots at work, companies can achieve a collective sense of belonging. In this way, firms may be able to harness the true power of diversity.