Firms are spending time and money trying to pump up their employees’ mood, from disco parties to scavenger hunts. But Wharton researcher Matthew LaPalme says the connection between happiness and job performance is more complex than we think. 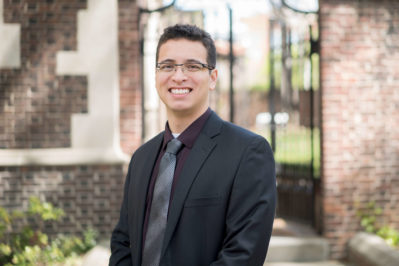 Ping-pong tables, chair massages, Chief Happiness Officers, playground slides installed between floors: these days, companies are devoting a lot of resources to making employees happy. Zappos, for example, is renowned for its offbeat culture where people play ukuleles and cowbells and have spontaneous parades.

All this workplace jollity is based on studies showing that if you make employees feel good, they’ll become more productive. But for me, this called up the old chicken and egg question. Does happiness make employees perform better, or does performing better make them feel happy? (I like to challenge assumptions, so this was a good project for me.)

For the working meta-analysis “Affective Chickens and Performance Eggs,” I analyzed data from 32 studies and 7,260 employees in a variety of industries. I looked at workplace performance, including how well people accomplished their tasks along with “citizenship behaviors” like helping colleagues. I also examined negative behaviors such as absenteeism and quitting.

I did find evidence for the accepted idea that happiness leads to greater productivity. However, there was also evidence for the reverse: performance affects one’s mood, making people feel happier or sadder.

Moreover, it appears from the findings that good or poor performance affects not only a person’s emotions in the moment—known as their “state” mood—but can also eventually, over time, change their “trait” mood or actual personality. The implications are profound.

If managers can structure tasks so there’s a sense of smaller accomplishments along the road, it could lift employees’ spirits in a lasting way.

Perhaps companies could focus more on the way people perform in order to increase fulfillment and well-being over time. For example, if you’re toiling over a lengthy, time-consuming report, you might feel grumpy or upset: ‘I’m not getting anywhere with this.’ Some people’s entire jobs might give them this feeling. But if managers can structure tasks so there’s a sense of smaller accomplishments along the road, or more feedback or recognition, it could lift employees’ spirits in a lasting way.

As a side note, I assert that finding a strong effect of performance on mood actually flies in the face of much previous research on emotions. Emotions are usually thought of as being in the driver’s seat, causing other things to happen, so it’s a little surprising.

So maybe don’t cancel that jazz ensemble for the coffee room, but be aware that employees’ good and bad moods may be springing from another source as well. Happiness may lie in rearranging workers’ tasks to make their day-to-day lives more satisfying.