Being seen as “authentic” is almost a requirement these days, whether you’re interviewing for a job, posting on Facebook, or running for political office. Wharton researcher Julianna Pillemer finds that while companies who encourage authenticity may yield benefits, there are also potential costs and caveats to bringing your “whole self” to a professional situation. 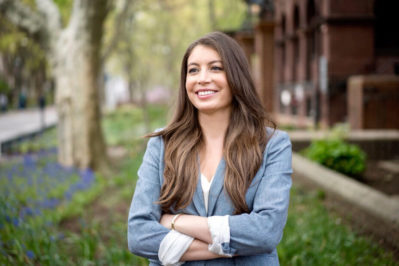 “Bring your whole self to work,” Sheryl Sandberg famously said. “I don’t believe we have a professional self Monday through Friday and a real self the rest of the time.”

Much has been made in the business press about being “authentic” at work. On the face of it, it seems like a fine idea. Nobody wants leaders or colleagues who seem insincere or phony. And plenty of research has shown that when employees engage in mutual vulnerability, openness, and self-disclosure, it makes for better on-the-job relationships, more successful work transitions, and even a boost in organizational innovation.

Yet, as I write in “Bounded authenticity: The paradox of being genuine in professional interactions,” there’s a conundrum here. The seemingly straightforward “be yourself” advice doesn’t account for the fact that there may be clear organizational expectations for desired behaviors, and there’s a potential downside to acting in a way that’s actually genuine.

My initial studies bear this out. I had 350 college undergraduates film a video pitch for a hypothetical job at a consulting agency. Some participants were given “insider tips” about whether the organization preferred individuals who presented as authentic, professional, or both authentic and professional. After filming, the students rated their own performance, and were also rated by two career services directors who routinely prepare real job applicants for interviews.

In analyzing which pitches were the most successful, I uncovered a stark gender divide. The men who were advised to be their true selves engaged in unfiltered behavior: they reduced both their surface acting (or “faking” their emotions) and “deep acting” — or trying to feel what is actually appropriate for the job. There is some evidence they were more spontaneous and non-conforming as well. The women, on the other hand, took a more nuanced view. They displayed “bounded” or regulated authenticity, engaging in what psychologists call “deep acting” (trying to get oneself to feel a specific emotion). As a result, the women’s job pitches were judged as more effective.

There may be clear organizational expectations for desired behaviors, and there’s a potential downside to acting in a way that’s actually genuine.

I suspect that the way women interpret being “authentic” — to never really let their guard down — is based on their experience with double-bind situations, or conflicting social messages about what constitutes appropriate behavior. I’m interested in studying this further, as well as studying minority racial groups to see if a similar effect occurs.

Appearing authentic but professional is a growing expectation, and challenge, for employees in today’s increasingly service-oriented economy. (A consultant friend summed it up perfectly: “Now not only do I have to deliver a perfectly polished presentation, but then go out for drinks with the client, seem like a really fun, genuine person, and tell them all about my life.”) But my study suggests that the business demand for authenticity may backfire when we interpret it as permission to be thoroughly “chill.” Instead, we must thoughtfully curate it, with our audience in mind.