It’s been well established that loneliness is a pernicious feeling that can cause emotional and even physical harm. But researchers haven’t really looked at loneliness in a work setting. Does it also affect people’s job performance? Wharton management professor Sigal Barsade investigated. 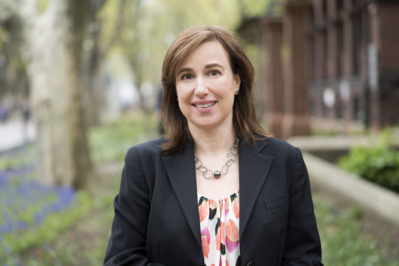 You know that lady in your office—let’s call her Patricia—who never comes to lunch or for drinks after work? Most days you barely notice her because she’s staring fixedly at her computer or looks impassive and uninterested. Yet as you all head out the door, smiling and joking together, she’s thinking, “Ask me! Ask me!”

And she’s not alone (so to speak). Many people, like Patricia, suffer from loneliness at work.

Loneliness has been studied extensively by psychologists. It’s prevalent, unfortunately, and it’s been shown to be deleterious to one’s mental and even physical health. Yet, as my colleague Hakan Ozcelik of California State University and I discovered, the problem has been given virtually no attention in the business sphere. We decided to investigate whether workplace loneliness affects people’s job performance, and if so, why.

Our study, forthcoming in Academy of Management Journal, is titled “No Employee an Island: Workplace Loneliness and Job Performance.” We studied 672 employees and 114 supervisors across two organizations, one a public municipality and the other a private company that provides services to manufacturing outsourcers. We included a wide variety of jobs in our sample: over 100 different positions from truck drivers, engineers, and police officers to accounting specialists, project managers, and administrative assistants. In our experiments we controlled for other types of loneliness—for instance family, romantic, or social loneliness—which could affect the results.

What we found is that resoundingly, loneliness made people less effective at work. The lonelier employees were, the lower the performance ratings they received from their supervisor.

Getting Left Out of the Loop

Why were the lonely employees in our study worse at their jobs? We discovered two mechanisms. One was that they felt alienated; that is, they felt less affectively committed to their organization than other people. That meant they didn’t work as hard and didn’t perform as well.

The second mechanism had to do with how co-workers perceived lonely employees. They viewed them as distant, less approachable, like the aforementioned Patricia who never gets asked to lunch. And because that person ends up having less contact with other employees, they get left out of the loop in a business sense.

Many studies have shown that a lot of what’s important to know at work gets communicated via personal relationships and informal settings rather than scheduled meetings and emails. Patricia will be the last to know about the great feedback the company got from a client yesterday, or the news that someone’s going on maternity leave, or the word that everyone should get up to speed quickly on a new software program.

It’s important to note that loneliness isn’t a personality trait. Research has shown that it’s distinct from things like being depressed or lacking social skills. Loneliness is situational: it happens when an individual perceives that their social needs aren’t being met in a particular environment.

Unfortunately, once someone feels lonely in a given situation, they fall into a vicious cycle of unwittingly making things worse for themselves. They become self-centered and may either over-share or under-share personal information. Plus, they become hyper-vigilant socially, misinterpreting interactions with people. For instance, if out of the blue someone brings you a cup of coffee, or compliments your new hairstyle, you might not even register the fact it was a nice thing for them to do. Colleagues, for their part, may begin ignoring the lonely person or can even start to resent them.

How Managers Can Help

Managers can help ameliorate the situation. One thing they can do is work on improving their company or department’s emotional culture, which will benefit not only lonely employees but everyone.

Emotional cultures are norms and values guiding which emotions it’s okay to express in a particular work domain. In a culture of companionate love, for example, affection, caring, compassion, and tenderness are expressed more often. People treat each other better, and by definition pay more attention to each other on a personal level. We found in our study that this culture mitigated some of the negative effects of loneliness. Conversely, a culture of anger—in which frustration, irritation, and annoyance are frequently expressed—tends to heighten the damaging effects. We also found that it was not helpful to be surrounded by other lonelier coworkers, as people couldn’t meet other people’s needs, and loneliness is contagious.

Many supervisors may assume that workplace loneliness is an individual’s problem to work out on their own. But loneliness is social and situational, as we mentioned, and we now have evidence that it negatively influences work outcomes, which should concern every manager. There are interventions that can help in terms of coaching and boosting social skills. We don’t mean to turn managers into therapists, but we do think they need to be coaches. And part of that involves the emotional side of work life, because—like it or not—we all experience feelings at work.