As work and workplaces become more complex, employees find themselves navigating multiple work identities. The same employee can find herself wearing multiple hats – moving from her role as a salesperson to manager to cross-functional team member. Wharton management professor Nancy Rothbard and colleagues found that how people feel about navigating these identities actually affects their job performance—for good or ill. 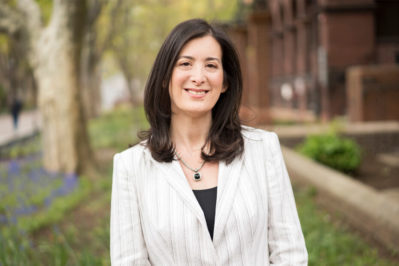 Imagine a florist that does high-end events but also tries to source fair trade products in a socially conscious way. The florist may identify with his commercial mission of making as much profit as he can while being as socially conscious as he can in sourcing his materials. Or consider a department store make-up counter salesperson, who sells high-end luxury cosmetic brands, such as Armani Fragrance targeted toward a more mature customer, along with selling a trendy younger brand like Urban Decay. She may identify with the maturity of the Armani customer as well as the youth of the Urban Decay demographic. Alternatively, imagine a consultant identifying with her clients that might include both luxury automakers as well as electric car companies. In the consultant’s mind, the luxury automaker might represent the value of enjoying life, and the electric car company, the concept of giving back to the environment. In the gig economy these situations are even more common. These people identify with multiple aspects of their jobs – they have multiple work identities.

As, in fact, most of us do. We might be an engineer and a cross-functional team member, for example. Or a supervisor and a technical expert as well as someone who deals with customers. And while there’s been extensive research on identity conflict between one’s work and personal life (such as being an employee and a parent), less research has focused on how people reconcile the multiple identities awaiting them each morning when they arrive at work.

Do these identities enhance or detract from one another? Does the way we view them affect our job performance? With my colleagues Lakshmi Ramarajan of Harvard and Steffanie Wilk of The Ohio State University, I tried to find out. Our paper, “Discordant vs. Harmonious Selves: The Effects of Identity Conflict and Enhancement on Sales Performance in Employee-Customer Interactions” was published in the Academy of Management Journal.

“The way people construct their multiple identities at work has real-world consequences for job performance.”

We looked at 763 employees of a call center associated with servicing a variety of well-known retail and financial brands. Would these individuals feel that being a representative for “ABC Clothing” was in harmony with—or in opposition to—being a representative for “XYZ Bank”? Since part of their job was to sell additional products and services to callers, we realized we could examine how their experiences of juggling their multiple identities impacted their sales performance.

We surveyed the employees to learn which two brands they worked with most often, then had them rate their agreement with a number of statements. The statements measured whether they felt that working with both brands enhanced their effectiveness (for example, “I am a better representative of one brand because I am also a representative for the other brand”) or caused conflict (“Life would be easier if I represented only one of these brands and not another.”) We then tracked their sales over a four-month period.

It turned out these employees’ on-the-job performance was indeed affected by how they viewed their multiple identities. Workers who reported high levels of identity conflict between their two major brands had lower-than-average sales. But those who reported high levels of complementarity between their identities had higher-than-average sales. This initial finding shows that the way people construct their multiple identities at work has real-world consequences for job performance.

We further investigated why having the sense that one’s brand identities are complementary would make one a better salesperson. Further studies showed that those who reported more identity complementarity experienced more intrinsic motivation: they were driven by internal rewards like personal satisfaction and enjoyment of their work. This group was more likely to agree with statements like “I work at this job because I think it is interesting.” Intrinsic motivation has long been linked to strong job performance and that was indeed the case in this sample as well. What this means is, employees who experienced more identity complementarity between their brands were more intrinsically motivated and this accounted for why they were able to sell additional products to customers.

We also looked at something called “perspective-taking”: did those who reported more identity complementarity excel at understanding their customers’ point of view, putting themselves in their shoes? Past research had led us to expect that this, too, would be a performance-booster. While we did in fact find that identity complementarity increased perspective-taking, surprisingly, in this context, perspective-taking had the opposite effect than we expected on job performance. We realized that a strong tendency toward perspective-taking wasn’t necessarily a good thing for a salesperson. It led them to empathize with the customer to the extent that they hesitated to try to sell them products they might not truly need.

“As people move fluidly between many different work roles in the gig economy, navigating our multiple work identities will become even more important.”

It’s important to note that feeling like your work identities are enhancing or complementary isn’t always a conscious choice. Rather, we fall naturally into these patterns of thinking. And what one person sees as a roadblock, another might see as an advantage.

Managers might use this information to help employees do well in the multiple roles they’re asked to shoulder. As a supervisor, you could highlight what’s enhancing about an employee’s identities rather than conflicting. For example, if a salesperson is now also a sales manager, you could emphasize how certain skills they built as a salesperson—such as figuring out what makes customers tick—will aid them in managing a team. How a supervisor frames things could very well affect how people feel about their roles: whether they find them overwhelming, or a source of energy and motivation to succeed. Considering the complementarities between one’s identities could also be useful for workers themselves. As people engage in more contract work and move fluidly between many different work roles in the gig economy, navigating our multiple work identities will become even more important. Imagine a driver for both Lyft and Uber, who identifies with both companies even though they are technically competitors. How this individual frames the relationship between these identities may have consequences for their motivation and performance.