How can people develop resilience in the face of past discrimination? Is it best to push aside memories of adversity, or can revisiting them become a source of strength? Wharton management professor Samir Nurmohamed explored how people seeking employment might benefit from this knowledge. 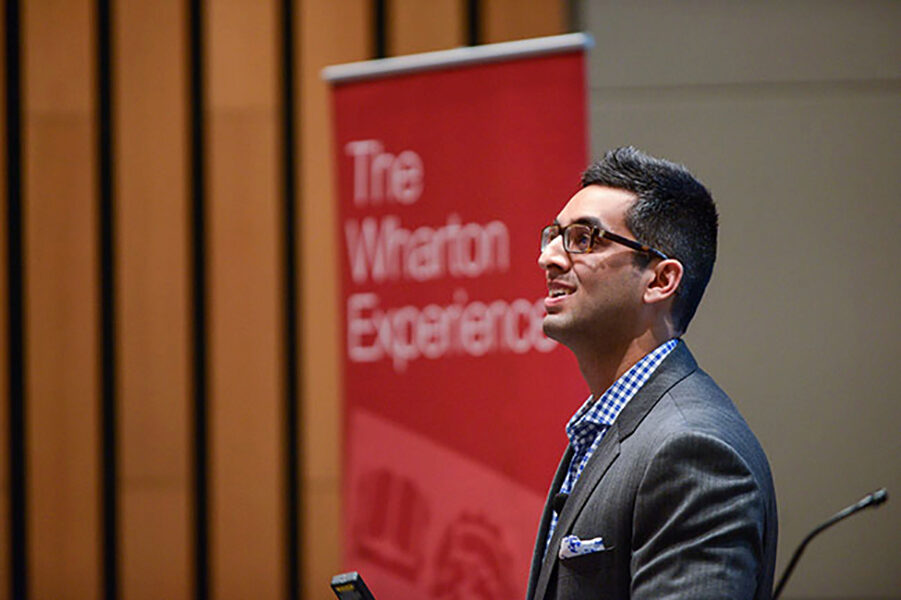 Racial, ethnic, gender and other forms of discrimination are an endemic evil in our society. Discrimination can destroy lives and must be rooted out wherever it occurs. But while it is still an unfortunate reality, the stories people tell themselves about how they’ve handled it can significantly affect them, including their career success.

This phenomenon came to light in research I conducted with Timothy Kundro of the Mendoza College of Business and Christopher G. Myers of the Carey Business School, reported in our paper “Against the Odds: Developing Underdog Versus Favorite Narratives to Offset Prior Experiences of Discrimination.” Our study explored how different kinds of narratives that people construct about what has happened to them (self-narratives) might help them overcome some of the potentially damaging effects of prior discrimination.

The Effect of Being the Underdog

We introduced two types of personal success stories: the “underdog” narrative and the “favorite” narrative. In the underdog narrative, a person recalls a situation in which they defied others’ low expectations and triumphed through believing in their own ability to succeed. The favorite narrative involves a similar situation, but the individual feels supported along the way by others’ faith in them. Prior work has shown that high expectations from others are beneficial for success, but it is unclear whether favorite narratives would offer benefits in this context because they may suppress or fail to acknowledge the adversity that prior discrimination presents.

We devised testing to uncover how these two types of stories might shape the impact of discrimination on people’s careers. For our main experiment, we recruited 330 unemployed job seekers from two Pennsylvania reemployment centers. We offered workshops titled “My Success, My Story,” in which job seekers—mostly from traditionally underrepresented backgrounds—were invited to think about their own life story and how it could help them achieve their career goals.

We randomly assigned them to write about and discuss one of two different themes that corresponded to our two narratives: to tell a story about how they were the underdog in a situation—believing in themselves when others did not—or to tell one about how they were a “favorite,” triumphing with the support of others. A control group was asked simply to recount a story about their life. All job seekers were encouraged to develop actual stories, meaning a tale with a beginning, middle, and end; characters such as oneself, family members, and co-workers; and a “lesson” that they could apply in the future.

There’s no magic wand to make discrimination’s harmful effects disappear. But how people frame past experiences to themselves may make a positive difference.

Before we assigned the storytelling exercise, we measured participants’ experiences with prior discrimination. The category of discrimination wasn’t limited to employment; it could have occurred in education, housing, or encounters with police, for example. Afterward, we measured their performance efficacy, which relates to their confidence in their own ability to find employment. And a month later, we obtained data from the reemployment center on whether or not these individuals had gotten a job.

What we found is that underdog narratives offset the ramifications of prior discrimination relative to favorite narratives. The “underdog” group felt more confident in their ability to land a job—and ultimately, did.

We then mounted a larger study online with job seekers from around the country, using a similar process. In this study we assessed not only whether they got hired, but also their subjective performance: whether they believed they performed successfully. For example, did the position they were hired for exceed their own goals? We also probed individual differences that might affect the findings: for instance, the fundamental assessments that people make about their competence, worthiness, and control over their own lives. Here too, we found that underdog narratives were more beneficial than favorite narratives for reducing the repercussions of prior discrimination on performance efficacy and employment.

The Power of Storytelling

Our findings could be beneficial in real-world settings: for example, as a useful technique for job placement advisors working with people who have experienced discrimination or similar forms of adversity. The workforce advisor could encourage such individuals to reflect on times when others expected them to fail, but they succeeded. Moreover, job seekers themselves could be made aware of the power of storytelling as a vehicle for helpful self-reflection during a job search. They might use blogs or journals to harness the resilience that can come from surviving adversity.

Our research builds on recent studies on perceived discrimination, which notes that suppression of prior adversity may have harmful effects. The concern is that one might internalize the discrimination and lose self-confidence. On the other hand, our results suggest that acknowledging the adversity you’ve experienced can be a source of strength.

Obviously, job seekers would have been better off had they never been subjected to discrimination. There’s no magic wand to make its harmful effects disappear. But how people frame past experiences to themselves may make a positive difference in their career and life journeys.